In the pink paisley

I've just finished my latest tapestry design for a pink paisley cushion. I have to decide what to call it now:

1. In the pink paisley
2. Paisley punch
3. Bacteria of the 60s chillin' in the Pink Agar 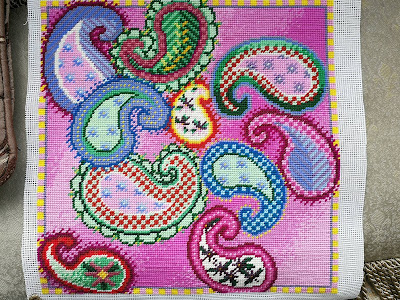 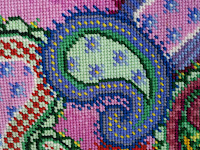 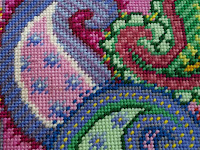 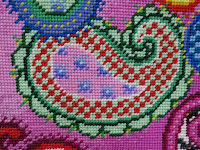 Posted by Louise Thomas at 22:35 No comments:

The vast emptiness of our solar system

When William Shakespeare wrote, "There are more things in Heaven and Earth, Horatio, than are dreamt of in your philosophy", he might well have been writing about the vast almost inconceivable distances of space. Often when we think about our own solar system we think of something like the image above, but all these images are a lie to help our brains get to grips with little more than the order of the planets from the Sun, a maybe a hint at the relative sizes of each planet.

Bill Bryson summed it up nicely in "The Short History of Nearly Everything" when he wrote, "Such are the distances, in fact, that it isn’t possible, in any practical terms, to draw the solar system to scale. Even if you added lots of fold-out pages to your textbooks or used a really long sheet of poster paper, you wouldn’t come close. On a diagram of the solar system to scale, with Earth reduced to about the diameter of a pea, Jupiter would be over a thousand feet away and Pluto would be a mile and a half distant (and about the size of a bacterium, so you wouldn’t be able to see it anyway). On the same scale, Proxima Centauri, our nearest star, would be almost ten thousand miles away. Even if you shrank down everything so that Jupiter was as small as the period at the end of this sentence, and Pluto was no bigger than a molecule, Pluto would still be over thirty-five feet away."

However, I've stumbled across a brilliant Solar System map on the internet (as one does), by an interactive media artist, Josh Worth. Check it out next time you're wanting to seriously procrastinate:
http://www.joshworth.com/a-tediously-accurate-map-of-the-solar-system/ : A tediously accurate map of the solar system.
Posted by Louise Thomas at 22:54 No comments: